The large girth gear of the ball mill not only has a large shape, but also has a certain weight. It is formed by combining two half-toothed gears, which is mainly for the convenience of disassembly and installation. The number of teeth of the large ring gear is generally even, and it needs to be opened on the tooth groove. The two half girth gears must be accurately matched when installed. 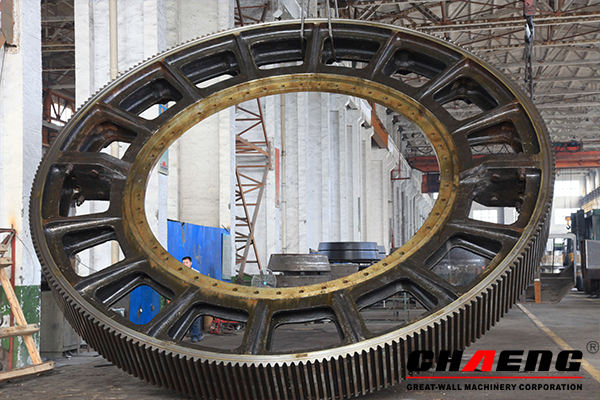 There are several advantages to installing a large girth gear in the unloading position:

According to the load carried by the ball mill, or directly use the ball mill as a hollow simple bracket. It will use the discharge end as a fixed link support, and the discharge end can be used as a girth gear support; At this time, the ball mill is inflated and contracted freely by the feed end. If the pinion is mounted on the discharge port without being affected by the axial turbulence caused by the contraction, it will not cause extra and avoid axial friction or wear.

When the entered abrasive grain size is relatively large, the impact force of the grinding body in the ball bin on the cylinder body is relatively large. If the large girth gear is installed at the position of the feed port, it will be caused by such impact. The effect of the transmission is reduced, and the life of the gear will be shorter. The impact force at the discharge end is still relatively weak, and the main effect is the grinding action, and the influence on the gear will also be reduced.

At the feeding end of the mill, there is a corresponding feeding device, and various brackets are added, so the space for installation or maintenance is still relatively small, there is no way to set the transmission, but the discharging end This happens in the part. 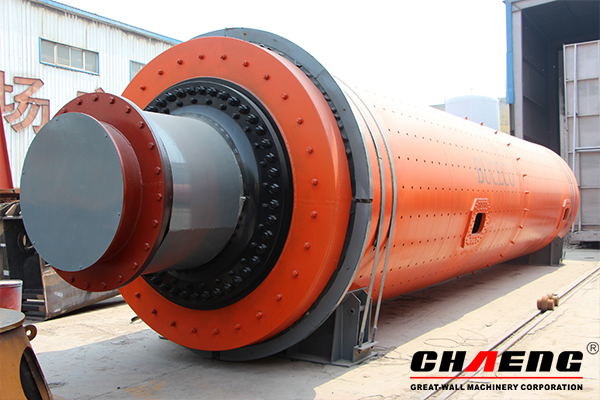 For example, the large girth gear of the ball mill is installed in the middle of the ball mill. From the mechanical point of view, the center of the ball mill cylinder will bear a large bending moment, and the load is vertically downward, so the middle load of the cylinder will also be The deflection caused by bending deformation and thermal bending deformation is relatively large. During the operation, the additional centrifugal convention generated by the bending will also cause vibration, which will also have an adverse effect on the meshing in the gear. If it is a normal running process, the thermal deformation will not exist, but the load is caused. The bending deformation usually exists, and it will also affect the normal operation of the gear. Long-term stop grinding will bend the cylinder, and sometimes there is no way to make the gear work normally.